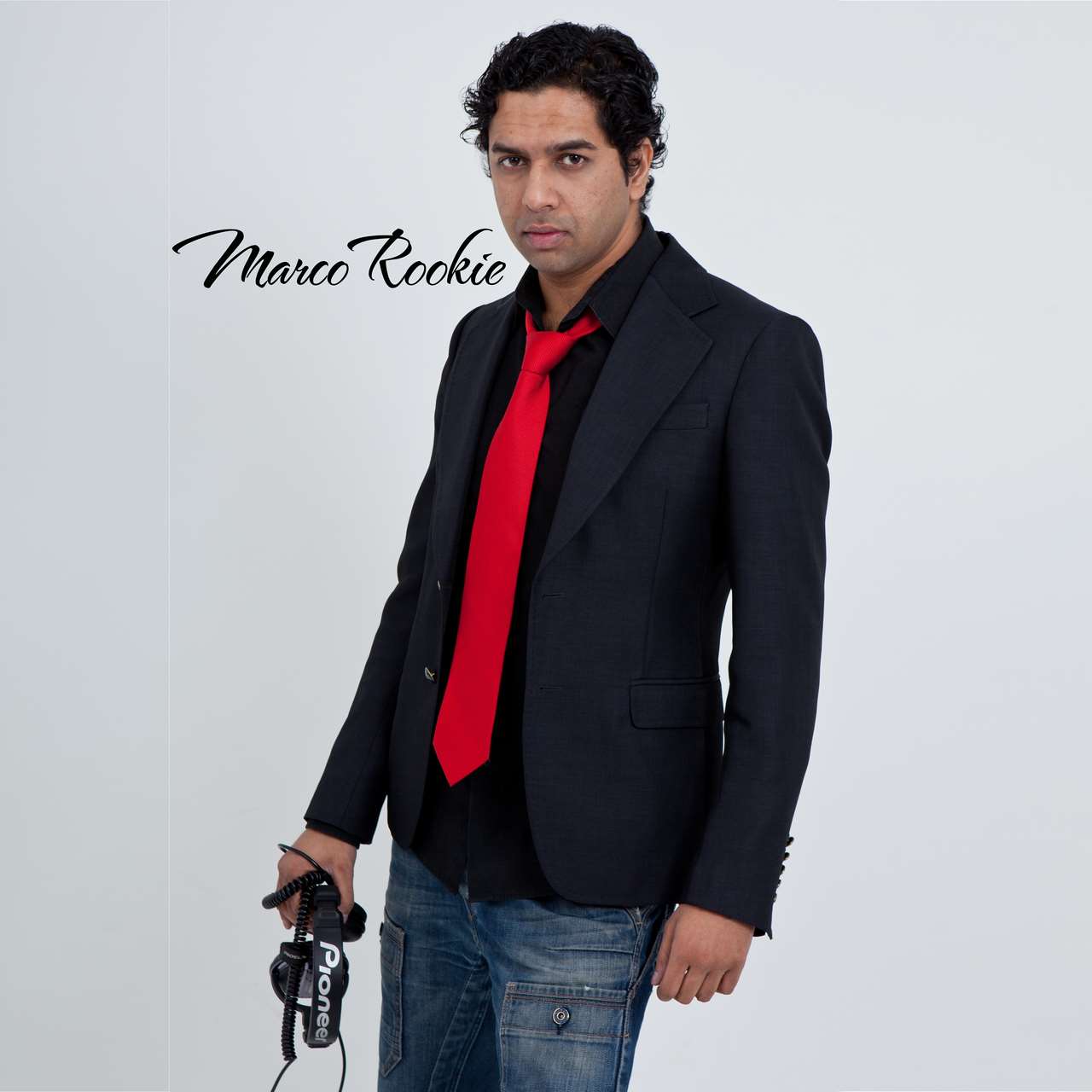 His love for music started at a young age. In his teen years, Marco Rookie learned to play the guitar, having developed his technique at a music school, and improved his skills in several garage bands between continuous jam sessions with his friends. Having several family members pursue music as a hobby, profession or passion, also played a major role in his music education. This musical surrounding, also proved to be a marriage with a life filled with harmony and beautiful melody.

Some years later on, his passion for Djing in the African music scene arose, and with it also the opportunity to premiere in EDSAE’s World Salsa Congress (Portugal). Having successfully fulfilled that mission, invites soon started to pop up to play at several clubs and parties related to the African music scene. Later on, committed in a further step towards evolution, he decided to invest in his own training and underwent a dj course at PRODJ, first with Vinyl and currently finishing up Digital.

He is a solicited presence and has also played for several event producers/promoters and clubs in Portugal, Spain and France. Furthermore he has played in major African music/dance festivals held in Portugal and Spain, such as Keta, Afrofever, Sensual Dance, Like, Feeling, Open Spain…

He is currently Resident DJ at the Barrio Latino Club, performing every Thursday, with his own signature „Hot Kizomba Night „, considered since 2011 to present date, as one of the top African music nights. Prospects for the future are already of great bliss, with a very booked work schedule, and emerged with the desire to further evolve himself, as a person and DJ.

This excellent track record as a DJ, is mostly due to his unbreakable urge to evolve as a professional, through dedication and hard work, and last but not least, due to the unconditional support he receives from his friends and family – „They, as much as my music, will never be forgotten, Love you all!!!! „