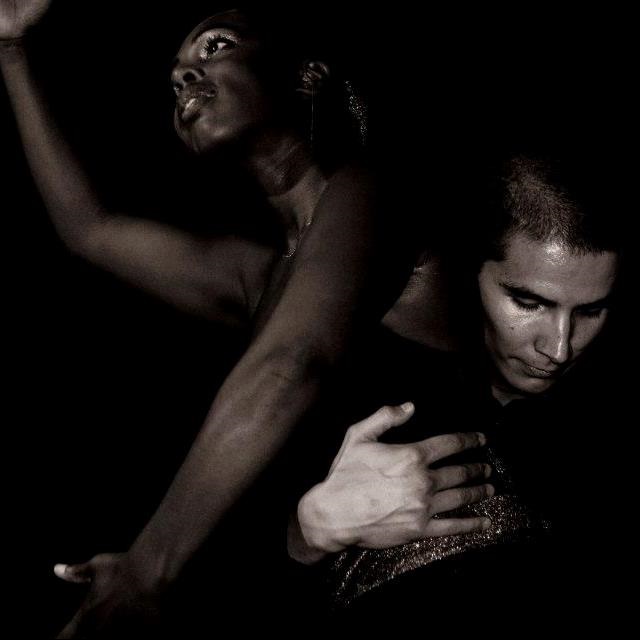 In 2005 Corinne living in Paris & Fred living in Geneva met for first time in one of the most famous parisian salsa party: „Les Etoiles“. At that time, Fred was beginning salsa while Corinne was already performing with her partner Dady in several international congresses: New York, Boston, Paris, Geneva

Their artistic collaboration really started 4 years later. Within that time, Corinne had moved to Geneva to integrate a dance school, providing ballet/modern/contemporary formation and Fred had raised his level in salsa & hippo thanks to his hard work.

In 2009, they entered one the most import competition of Swiss Romandy: Pasaporte and were awarded first prize in the most important category. The next year, they started the Riddim project with other influent dancers from the region Karuk Gregoire (organizer of Lyon Salsa Congress) & Diana Taveira. Riddim’s concept was based on originality, pleasure, mix of dance styles and musicality. The four members were sharing that same joy of having fun and new moves research in salsa parties. The shows were quite successful and enabled them to move across Europe (Spain, Italy, France & Switzerland mainly).

In 2012, with the 2 other members busy on other projects, Corinne & Fred released their first duet: Music Box. It was a huge success that made them dance in France, Spain, Switzerland, Germany and New York.

The Klazz Brothers (who made the original music of the show) liked it so much that they invited Corinne & Fred to their Jazz festival in Germany in order to play their music live while the dancers were doing the show.